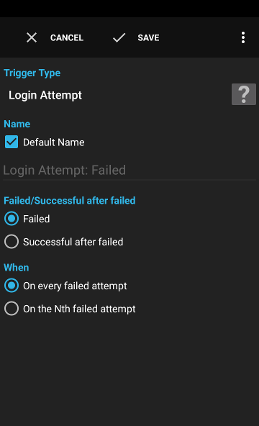 The trigger Login Attempt is executed, whenever someone unsuccessfully tries to login to the device respectively tries to unlock the device.


Examples:
Settings
Failed/Successful after failed
When
A variable is a container for a value that can be used in many actions and conditions to dynamically define a part of a text.
See action Script for a description.