General discussions about Automagic and automation in general 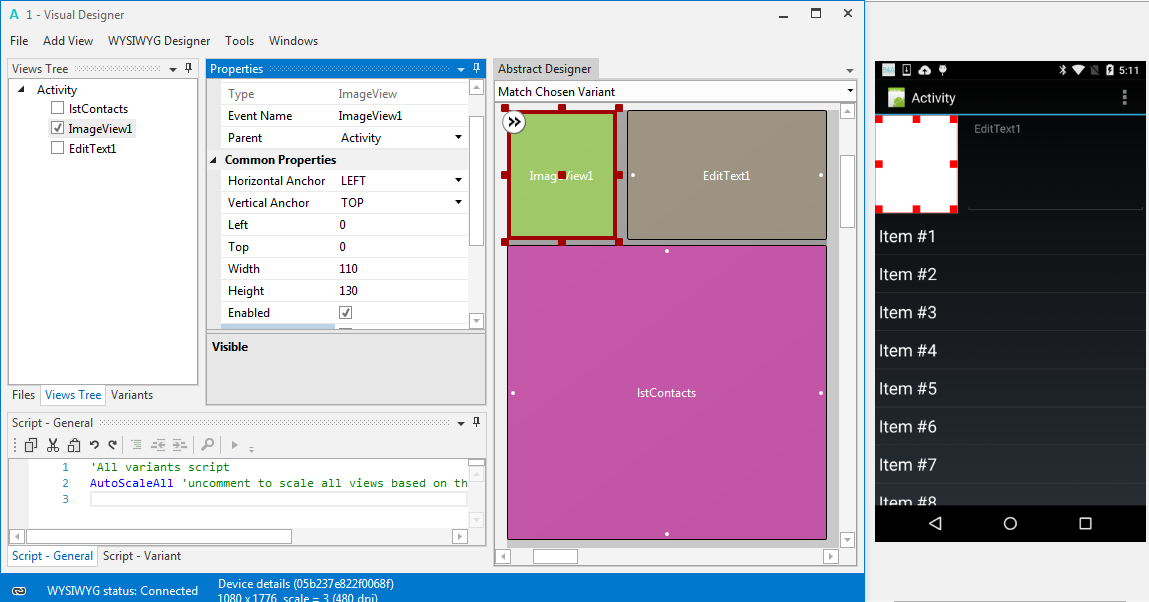 I picked up this tools years ago as a quick/simple way to do Android programming (using a flavour of BASIC created by the developer). I let my subscription lapse and haven't received an update or used it in several years, but just got notified that the developer has made it open source and free. Not sure if free as in beer or freedom though.

The thing I liked about B4A was that it has a GUI screen tool (Windows only - but can run under WINE) that eliminates the need for XML/HTML and Android SDK if you just want something quick. And like Automagic, It has a large and active bunch of followers/supporters.

I'm posting this here because - I haven't played with it yet - but I suspect it would be fairly straight forward to get this tool to exchange data with Automagic (via intents and broadcasts). Which would compliment the capabilities of both tools IMHO.
Top

BTW, in the showcase section of b4a (Basic4Android?) you'll find a video of StayAlive (made with b4a, no Bee Gees involved) that (IMHO) is interesting if you wanna script Flows with AutoMagic and prevent that the screen gets locked. Also great to keep Kiosk-mode tablets 'alive': https://www.youtube.com/watch?v=ZgboDlEObzE
Top

I've played around with B4A <-> Automagic to get them to talk to each other. See this post for a sample/demo:

Yep, saw that and asked me: "wouldn't it be possible to create a GUI-less (AKA background app/process) that acts as a "man-in-the-middle" TCP/UDP send/receive module/interface (a feature that Automagic is lacking)??