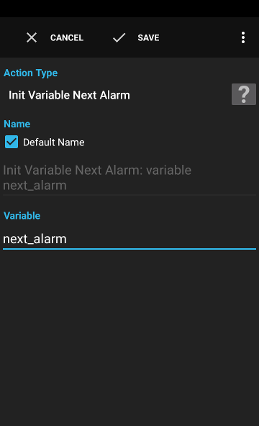 The action Init Variable Next Alarm fills the time of the next currently known alarm into the specified variable.

Warning: This function is not officially supported by Android < 5.0 and might not work on all devices.

Examples:
Settings
Variable
The name of the variable.
A variable is a container for a value that can be used in many actions and conditions to dynamically define a part of a text.
See action Script for a description.