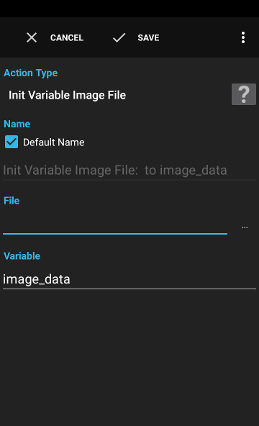 The action Init Variable Image File loads the pixel data of an image into the specified local variable to modify the image with action Modify Image or to read color values of pixels with script function getPixelColor.

Warning: Loading large images uses a lot of internal memory which could cause Automagic to crash in the worst case. It's recommended to read only one image into memory and not to load very large images.