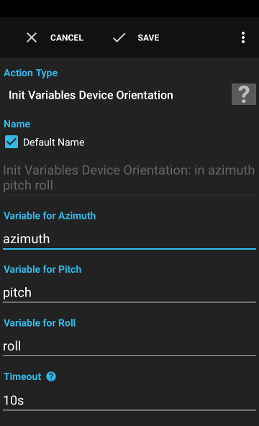 The action Init Variables Device Orientation measures the device orientation using the accelerometer and magnetometer sensors of the device.

Warning: This action uses the device hardware sensors and might increase battery usage (depending on device model). Some devices turn off the sensors when the screen is off.